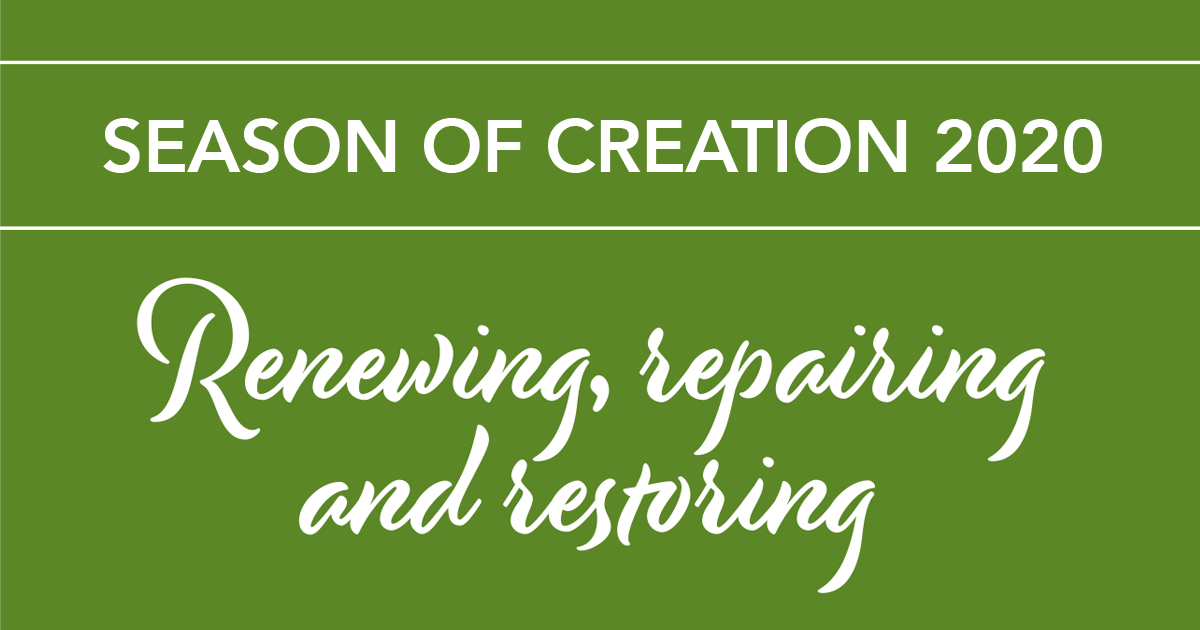 Season of Creation devotions offered by four heads of communion

The season, which begins with the World Day of Prayer for the Care of Creation, is a time to join with the global Christian community in renewing, repairing and restoring commitments to God, to one another and to all of creation. For the four churches, it is also a time for strengthening relationships with one another. Through Scripture, hymns, advocacy and action, the weekly devotions, which begin Sept. 6, invite people to live out their vocation as stewards of creation.

“I pray that these reflections will open hearts and minds to experience our relationship in and with all of creation in new ways,” said Nicholls.

“We pray that our actions as stewards of God’s good creation will continue to deepen not only in this season, but for all time,” said Eaton. “Even as our relations as churches are not bound by national or ecclesiastical borders, neither is our witness to the One who came to redeem all of creation.”

In the opening devotion, the leaders stress the significance of a collective responsibility in caring for creation. “Waking up to matters of climate justice and environmental stewardship are among the most important callings people have today. Over many years, through many voices, our churches have come to a growing conviction that loving our neighbour includes loving Mother Earth as a neighbour.”

“It is timely, relevant and exciting for our churches to join together in prayer, worship and reflection during the Season of Creation,” said Johnson. “With open hearts, minds and souls may we discern new actions and practices to show love for God’s creation.”

“In this season of activism as we seek God’s liberating, life-giving love for all, may these prayers and devotions inspire us to care for a world in which all creation can flourish,” said Curry.

The relations among the four churches have moved more closely toward “mutual recognition,” bringing into mutual relation the two churches of “Called to Common Mission” in the United States and those of the Waterloo Declaration in Canada. One notable feature of the agreement is that it cites the experience of Indigenous people “not divided by national borders established by colonialist power” as grounds for expanding shared life among the churches. A Memorandum of Mutual Recognition (MMR) was approved by both the Anglican Church of Canada and the ELCIC in July 2019. The 2019 ELCA Churchwide Assembly adopted constitutional changes embracing the Anglican Church of Canada, and in November 2019 the ELCA Church Council adopted the MMR. Once The Episcopal Church acts, the mutual recognition of the four churches will come into full effect.